What are you listening to now?.

Top Posters In This Topic

Listening to some of this today Sad news about Dave Greenfield, the kind of natural musician that there are just not enough of any more Wrote one of my favourite Stranglers hits, Golden Brown, and 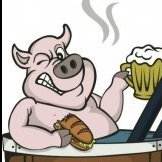 I dug out an old banjo (which I got ages ago for literally pennies off ebay)  ..and have been annoyin the dogs with it...

I loved Kraftwerk from the first second of hearing Autobahn, it wasn't very 'fashionable' at the time, but the true importance has become ever more obvious every year since.   I al